Two users can be connected or not. If the users are connected, each of them can:

By default users with personal accounts are not connected. A user can send another user a connection request, which can be ignored or accepted by the other user. A user can also block an existing connection.

In order for two users to become connected, one of them performs a connection request and the other one accepts it. Initiating a new connection results in a pending 1-1 conversation to be created with the sender as the sole member. When the connection is accepted, the other user joins the conversation.

The recipient of a connection request automatically ends up in this state. From his point of view, the state indicates that the connection is pending and awaiting further action (i.e. through accepting, ignoring or blocking it).

When a connection is in this state it indicates that the user does not want to be bothered by the other user, e.g. by receiving messages, calls or being added to conversations.

Blocking a user does not prevent receiving further messages of that user in existing group conversations where the blocked user is a member.

When user A blocks user B, the connection restrictions apply to both users – e.g. A can not add B to conversations, even though it’s A who blocked B and not vice-versa.

This is a state that the sender can change to if the connection has not yet been accepted. The state will also change for the recipient, unless blocked.

A connection in this state is fully accepted by a user. The user thus allows the user at the other end of the connection to add him to conversations.

For two users to be considered “connected”, both A->B and B->A connections have to be in the “Accepted” state. 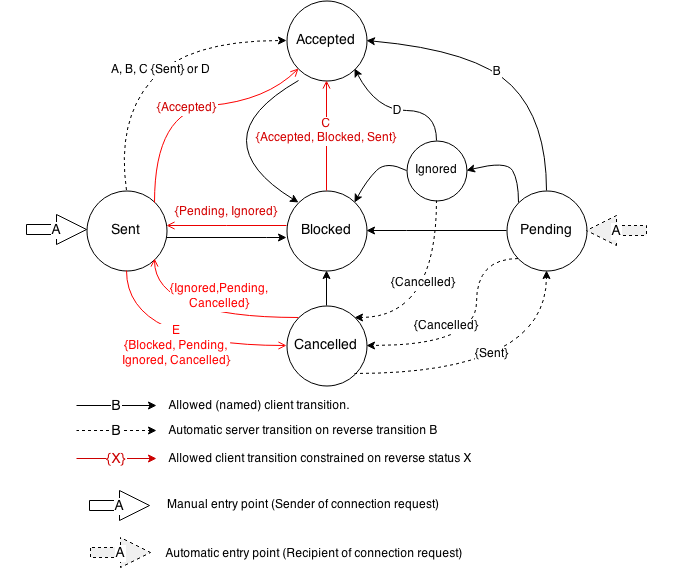 Users belonging to the same team are always implicitly treated as connected, to make it easier for team members to see each other’s profiles, create conversations, etc.

In the regular case of a single backend (no federation involved), and in the easiest case of two users Alice and Adham which want to start talking, the simplified internals involving the services brig and galley and cassandra can be seen as follows: (as of 2021-08) 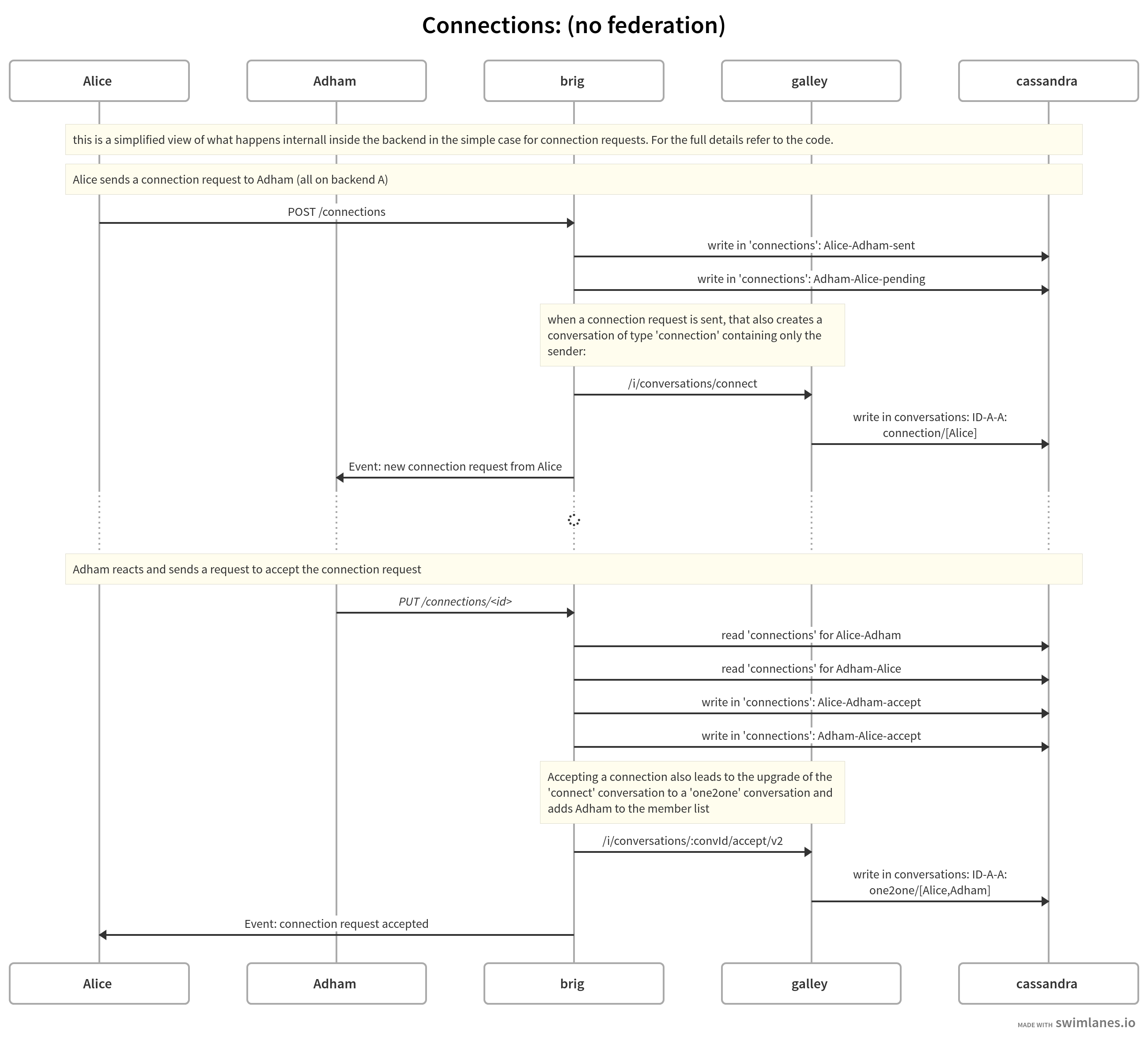