In a simplified way, the server components for Wire involve the following: 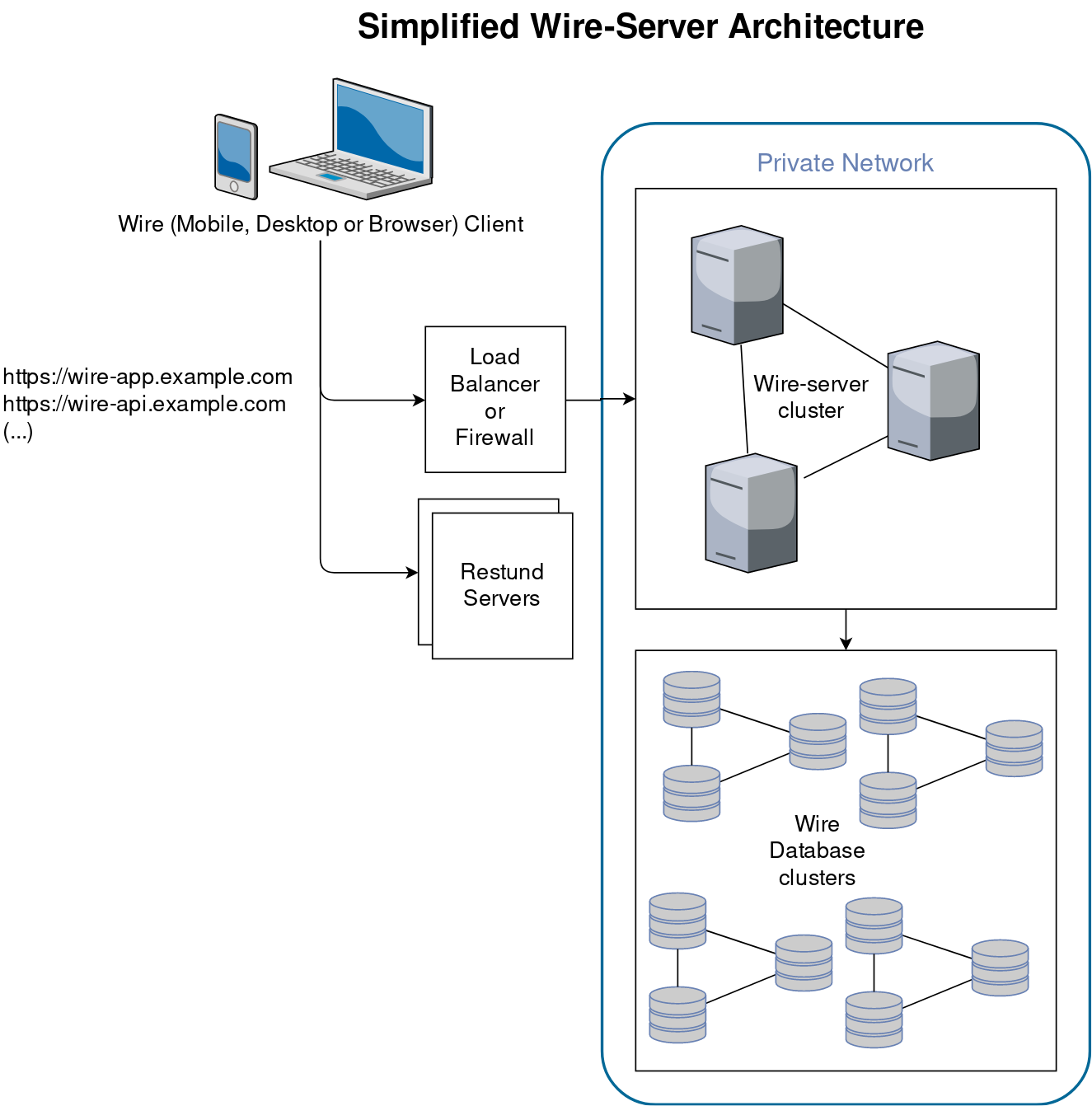 The Wire clients (such as the Wire app on your phone) connect either directly (or via a load balancer) to the “Wire Server”. By “Wire Server” we mean multiple API server components that connect to each other, and which also connect to a few databases. Both the API components and the databases are each in a “cluster”, which means copies of the same program code runs multiple times. This allows any one component to fail without users noticing that there is a problem (also called “high-availability”).

Note that the webapp, account pages, and team-settings, while in a way not part of the backend, are installed with the rest and therefore included. 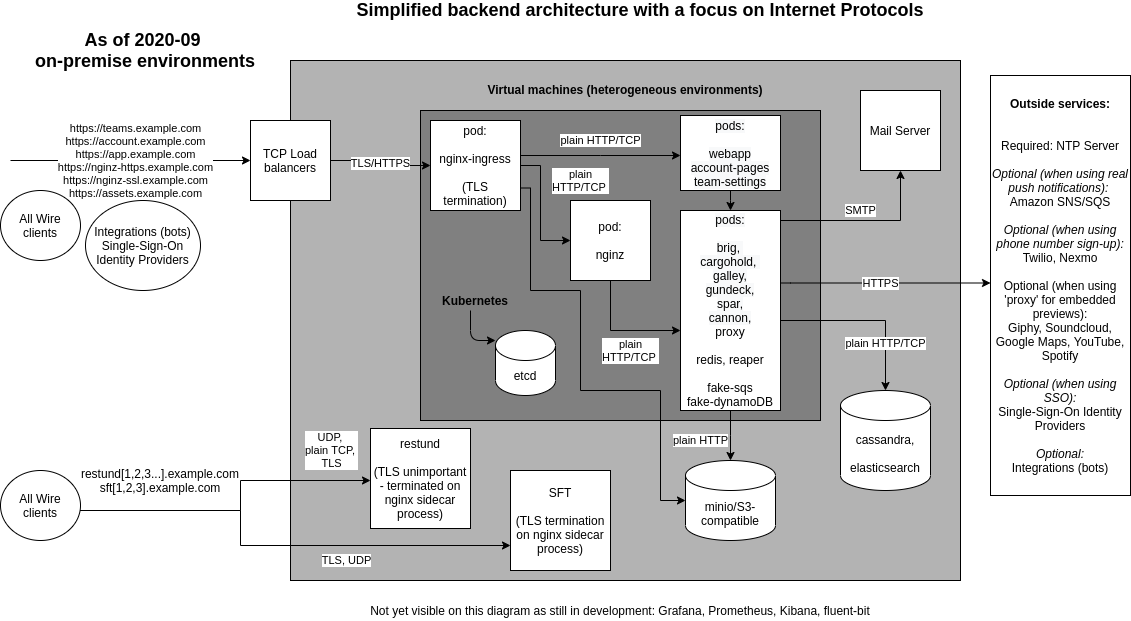 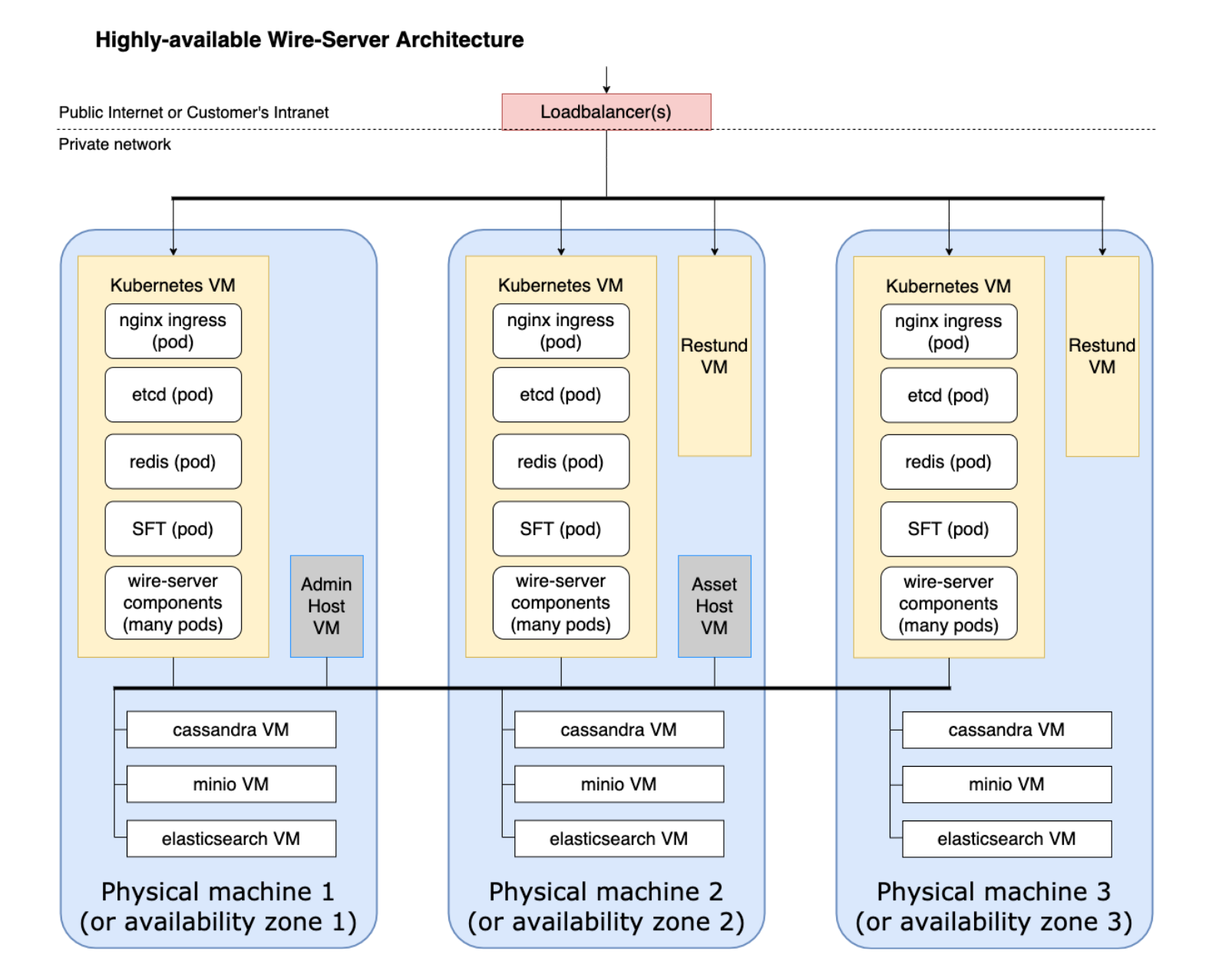 Wire clients (such as the Wire app on your phone) connect to a load balancer.

The load balancer forwards traffic to the ingress inside the kubernetes VMs. (Restund is special, see Restund (TURN) servers for details on how Restund works.)

The Wire server backend is designed to run on a kubernetes cluster. From a high level perspective the startup sequence from machine power-on to the Wire server being ready to receive requests is as follow:

The Wire backend runs in a kubernetes cluster, with different components running in different pods.

This is a list of those pods as found in a typical installation.

Pods with an HTTP API:

As an example, this is the result of running the kubectl get pods --namespace wire command to obtain a list of all pods in a typical cluster:

This list is not exhaustive, and your installation may have additional pods running depending on your configuration.